“Nursepower”:
States and the Politics of Nursing
During the 1960s-1970s

In the decades after World War II, the increasing complexity of patient care created the need for better educated nurses. In response, nurse scholars and educators worked to establish nursing as an academic discipline by raising the educational level of nurses; creating and demarcating the boundaries of a distinct science of nursing; and establishing nursing PhD programs to prepare new generations of nurse scientists able to conduct the clinical research necessary to improve patient care. The emergence of nursing’s academic project occurred alongside growing concerns among health care leaders and policymakers about shortages of health professionals, including nurses. During the 1960s and 1970s, in states throughout the country, health planners and legislators worried that the shortage of BSN, master’s, and doctorally prepared nurses was undermining their state’s health workforce and health care needs, and looked for ways to support the expansion of nursing education.

It was soon clear to nurses, educators, and policymakers, however, that the academic project was itself undermining the nursing workforce in important ways. As nursing leaders sought to raise the educational preparation of nurses to the baccalaureate and graduate level, the graduates of diploma and associate degree programs were under pressure to upgrade their educational credentials. These nurses, however, frequently confronted significant financial, institutional, and social barriers to achieving so-called educational mobility. During the 1970s, graduates of diploma and AD programs, along with representatives from state nursing organizations, pressured state legislators to push state-funded nursing schools to establish programs (such as accelerated RN-to-BSN programs) that would facilitate nurses’ movement from the lower levels of the educational hierarchy through the higher levels. They did so as policymakers at both the federal and state level instituted policies aimed at expanding access to higher education, particularly for women and minorities. As a result, state legislatures expected state-supported nursing schools to resolve the issues of educational mobility. In so doing, they shored up nursing’s educational system as one characterized by differential pathways into nursing.

Dominique Tobbell, PhD, is the Centennial Distinguished Professor of Nursing at the University of Virginia and Director of the Eleanor Crowder Bjoring Center for Nursing Historical Inquiry. She previously directed the Program in the History of Medicine at the University of Minnesota. Dr. Tobbell is the author of Pills, Power and Policy: The Struggle for Drug Reform in Cold War America and its Consequences (University of California Press), and Health Informatics at Minnesota: The First Fifty Years (Tasora Books). Her forthcoming book is Dr. Nurse: Science, Politics, and the Transformation of American Nursing (University of Chicago Press).

Image: Graduates of the UVA School of Nursing's final diploma class in 1968 walk in procession on the Lawn. (CNHI) 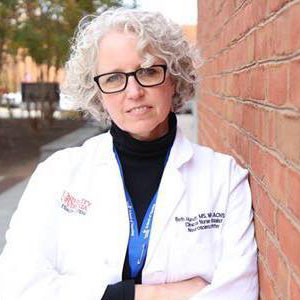 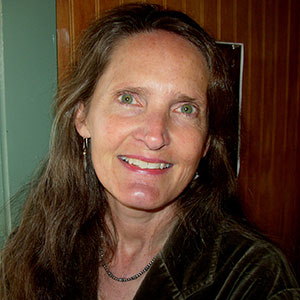 An Open Call to Nurses

Are you working on the front lines of the coronavirus pandemic? Share your experience at pandemicstories@virginia.edu.