What I knew of the conflict as a youngster—I had a heavily tattooed uncle who’d been a Navy Seabee in Vietnam and had seen Platoon—was embarrassingly basic but went something like this: Vietnam was a bitter affair , our soldiers experienced unspeakable horrors and devastating injuries and returned home to an ungrateful nation. But like everything in history, it’s far more complex than that.

We took classes in how to screen dirt and identify bone fragments, teeth, clothing, metal—anything else that might provide clues to the identification of our service members.

I've always loved being around soldiers—their stories, dignity, and dark humor always felt like home to me—but the further I moved through the ranks and into more administrative roles, the further I got from directly caring for them. It’s part of why I jumped at the chance to serve as medical support for a 20-person Defense POW/MIA Accounting Agency (DPAA) team traveling to remote Vietnam to recover remains of Americans missing in action. It closed that gap and made me both useful and proximate.

A word first about the DPAA that few Americans—and even few military professionals—know much about. At any given time, small teams of archaeologists and soldiers search for our fallen in places like Laos, Cambodia, Papua New Guinea, the Philippines, Germany, Italy, and even North Korea. In 2015, when we went to Vietnam, about 1,600 service members declared missing in action during the war were still unaccounted for. That’s small when you compare it to the more than 73,000 still missing from World War II and the nearly 8,000 who are missing from the Korean War. But we took our mission and DPAA’s motto—no soldier left behind—to heart. 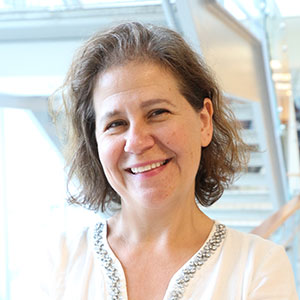 "It strikes me that, like nurses, so much of humanity’s best work is done in the spaces in between: dressing a wound, sharing some shade, hand-signaling, and laughing. When we see one another’s bigger pictures and recognize our own reflection in each."

We took classes in how to screen dirt and identify bone fragments, teeth, clothing, metal—anything else that might provide clues to the identification of our service members. We practiced rope tying and rappelling, given the terrain we’d face. We also learned about the rituals to follow if identifiable remains were found, which imbued our work with ceremony, profound meaning, and emotional heft.

So much of what I remember about the trip, though, were the encounters we had in between our long days of travel and digging, when Vietnamese villagers would open their homes to us to offer a drink, a rest, a shared meal, a memory (where that helicopter crashed so many years ago, for instance), connections that were essential to our work.

I cared for them, too; they always seemed to be reporting little ailments. When our translators had difficulty interpreting the local dialect, I often found myself smiling into a stranger’s face and hand-signaling our way to understanding. Our missing soldiers unexpectedly bound us in purpose, Americans and Vietnamese.

Walking one evening on a beach at the end of my three-month deployment, I chatted amiably with an older Vietnamese man with impeccable English who, upon parting, said to me, “Isn’t it great that we’re friends again?”

It strikes me that, like nurses, so much of humanity’s best work is done in the spaces in between: dressing a wound, sharing some shade, hand-signaling, and laughing. When we see one another’s bigger pictures and recognize our own reflection in each.

Yost (PhD `11)—who served for 20 years in the U.S. Army—was twice deployed to Iraq, where she was lead officer for the Troop Medical Clinic. She has served in the Republic of Korea, and at military bases in Hawaii, Alabama, North Carolina, and Virginia, and has earned grants to study Qigong for military service personnel suffering from traumatic brain injury and cranial electrotherapy for the treatment and relief of patients with Restless Leg Syndrome. She currently teaches and mentors graduate students in advanced practice.

This essay appeared in the Charlottesville Daily Progress on Memorial Day, Monday, May 30, 2022.