After long shifts working in the Neonatal Intensive Care Unit (NICU) at UVA, Tricia Cady (RN to BSN `18) used to lie in bed in the dark and ruminate about ways to keep her patients’ tiny hands from yanking at the tubing that often snaked from their mouths and noses.

“They’re like little Houdinis,” says Cady, a nurse for 22 years, “and we always struggled to keep their hands contained.”

Unplanned extubations—when a neonate accidentally pulls out a tracheal tube from its proper position in its nose or mouth—are the 4th leading adverse event in American NICUs.

Even the tiniest babies, says Cady, possess surprisingly strong ability to grasp, and when tubes get unexpectedly removed, they can cause tracheal trauma, intraventricular hemorrhage, and up the risk for longer-term issues, like ventilator-associated pneumonia and subglottic stenosis. Babies that accidentally extubate are also at greater risk for needing surgical tracheostomies, for developing cognitive and physical delays, and even for developing cerebral palsy.

Over the last 30 years, the numbers of unplanned extubations in the U.S. has stubbornly refused to budge. But thanks to Cady’s midnight ponderings, and guidance from UVA’s Licensing & Ventures Group (LVG), an answer may be on the horizon.

The “Cady Hug,” a soft, stretchy, womb-like vest that contains neonates’ hands in a secure pouch while allowing 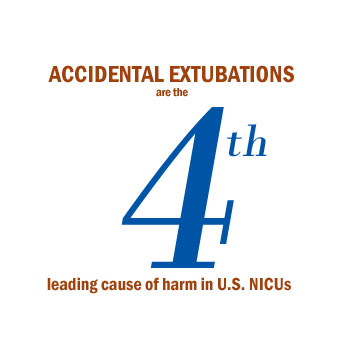 them room to move, also helps clinicians by keeping umbilical lines and IVs accessible. Last fall, after months of planning and design, Cady brought her design to LVG staff, who helped file a provisional patent application.

But the invention might never have been had Cady’s Trends and Issues in Nursing class, taught by professor Tomeka Dowling, not challenged students to come up with a solution to a vexing problem they saw in their work environments. It was just the spark Cady, 57, needed.

So she sketched, sewed, ironed, and velcroed—considered, revised, and did it all again. By October, 2017, she’d come up with a handmade prototype to present to LVG, and, encouraged by case manager Heather Bansbach, who shepherded Cady through the beginning of the commercialization process, filed a provisional patent application for the Cady Hug. At Bansbach’s urging, Cady applied for and earned a $14,000 Ivy Biomedical Innovation Fund grant in January, 2018, which allowed her to partner with UVA design student Shannon Dorn (Arch `19), who helped develop a navy blue prototype.

“It’s not cotton, as I’d expected,” explains Cady, who lives in Charlottesville, “but stretchier, like a uterine wall, and much thinner than cotton. It has a beautiful stretch to it.”

With the provisional patent application and a prototype in hand, and with counsel and encouragement from her NICU colleagues Rachel Nauman, medical director Jonathan Swanson, and respiratory therapy manager Timothy Hicks, Cady’s next step is to conduct a clinical trial on the pouch at UVA on neonates requiring ventilators, for which she’s applied.

She believes her design will reduce accidental extubations as well as the NICU’s use of sedatives, while also allowing babies to move and stretch in developmentally appropriate ways. Pending IRB approval, she plans to test the vest by assessing whether sedative use and N-PASS scores (Neonatal Pain, Agitation, and Sedation Scale is a universal assessment for neonates that examines crying and irritability, behavioral state, facial expressions, extremity tone and vital signs) in UVA Medical Center’s NICU decline with its use.

She also sees a use for the Cady Hug in populations beyond ventilated babies, including those who have naso-gastric tubes and those requiring bubble CPAP (Continuous Positive Airway Pressure), which are small plastic prongs that lie shallow in the nostrils and deliver air flow to the lungs.

According to the March of Dimes, more than 517,000 U.S. births are premature, but because of a growing array of sophisticated medical interventions, only about one percent of them—roughly 5,800—die.

“It’s been such a learning process, and though overwhelming, support from my LVG and NICU colleagues has encouraged me to think of myself as a researcher and inventor,” says Cady, who will earn her BSN when she graduates this spring. “This is one of those class projects that motivated me to bring this vest—which I’d been contemplating for years—to life.”