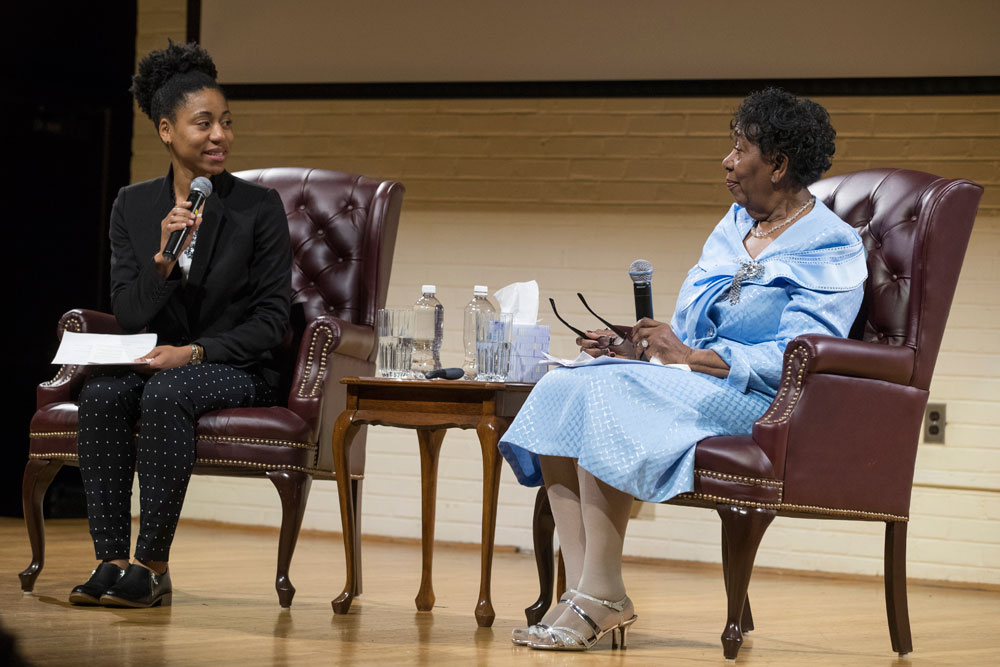 The School of Nursing, like the critically acclaimed film, has its own Hidden Figure: Ms. Mavis Claytor, MSN ‘85, BSN ‘70.

Ms. Claytor is the first African-American nurse to graduate from the School of Nursing and is a trailblazer in nursing in her own right.  She headlined the Apri 7, 2017, Catherine Strader McGehee lecture, an annual event that heralds individuals who are trailblazers in nursing.

Claytor - who earned a BSN in 1970 before returning a dozen years later to earn a master's degree in nursing - took to the McLeod Auditorium stage with Tori Tucker (BSN `12, PhD `19) who is focusing on Claytor's experience for her dissertation. Their conversation, in a Q&A format, was followed by a brief session of questions from the audience and remarks from administrators, including Dean Dorrie Fontaine.

Learn more about mentoring the next generation of nurses